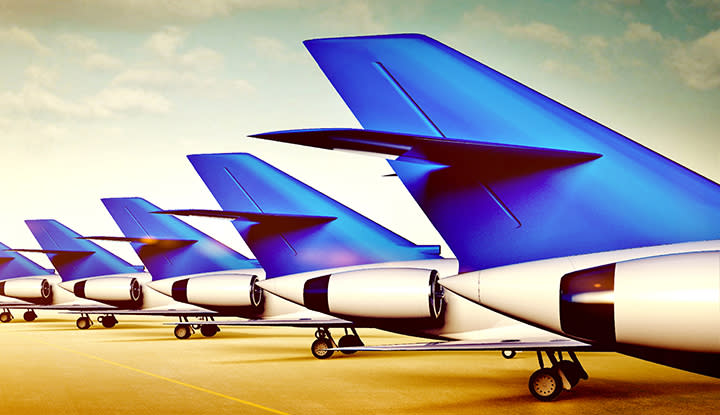 Since 2020, you cannot discuss the airline industry without considering the impact of the pandemic, which didn’t just devastate the industry for the last 2 years, but also has changed its trajectory for the future. Before the Covid-19 pandemic hit, the world was connected more than ever before, and airlines played a huge part, with more routes than ever before allowing people to travel easily to wherever they want at an affordable cost.

However, once the pandemic hit, most countries across the globe went into lockdown, with initially both domestic and international travel being suspended, before lifting the suspension for the former after a few months. For several months at a time, multiple times a year, people were confined to their own homes, and travelling by plane in a closed space with over a hundred other people was almost unfathomable. The devastation this wreaked on the airline industry cannot be understated; the industry’s 2020 revenues were around 40% of the total revenues of 2019.

While it seems that the pandemic has mostly subsided, at least in most countries with pandemic restrictions being lifted, the impact of the last two years has changed the industry forever, in multiple ways. For example, the airline industry, and the biggest airlines in the world in 2022 in particular, have increased hygiene and safety standards to ensure the comfort of passengers while digitization has increased massively as well. While many digitized options, such as online check-in and seat selection, had been introduced well before the pandemic, they are now the go-to choice for many passengers in a bit to reduce human contact and increase efficiency.

The modus operandi of many airlines is to provide cheap seats in economy class with low margins and subsidize that by overcharging for business class. Business class is generally used by either extremely rich people, or corporations for business trips, with many companies instituting policies of business class travel being permitted if the total flight duration meets a certain threshold. However, while leisure travel is expected to rebound faster, the same cannot be said for the business segment, as most employees prefer working remotely, being able to easily connect with a vast array of digital tools. According to McKinsey, even in 2024, business travel will only be at 80% of pre-pandemic levels. History backs this belief as well; business travel took much longer to recover after 9/11 and also after the financial crash. In fact, business travel had still not recovered to pre-financial crash levels before the pandemic occurred. Meanwhile, leisure trips have historically rebounded faster and considering the travel fiasco in 2022, that still holds true.

Since leisure trips have rebounded faster, that is the area that airlines have targeted to decrease their losses, and in some cases, even register profits. When business declined drastically in the past 2 years, most airlines and major airports reduced their staff significantly, with companies laying off or furloughing tens of thousands of employees at a time in an effort to combat mounting losses. When travel returned to normal, or almost normal, in the summer of 2022, some airlines and most airports in Europe and the United States were understaffed significantly, and unable to handle the traffic. This is why it was probably the worst time to be a passenger. Many airlines, especially in the United States, posted a record Q2, though this revenue was driven by exorbitantly high tickets rather than an increase in passengers (the amount passengers paid per mile in the big four US airlines was 19.3% higher than in the same quarter in 2019). While passenger numbers have swelled majorly in 2022, they are still short of pre-pandemic levels. Meanwhile, airports weren’t properly staffed or ready in time, resulting in chaotic pictures of queues of hundreds of people, baggage strewn everywhere due to a lack of baggage handlers and passengers being told to arrive several hours ahead of their flight in order to avoid any potential delays. This even led to spats between airlines and airports, with the biggest one being between Emirates and Heathrow Airport when the latter instituted a 100,000 passengers per day limit, forcing airlines to cancel hundreds of flights.

According to the International Air Transport Association, profitability is within reach of the global industry in 2023 driven by strong demand and higher prices. Flights in 2022 are already expected to be at 87% of 2019 levels, which is a major rebound, and unless the pandemic makes a comeback or a global recession chokes off the recovery, this will continue growing, with expected global revenues of $782 billion in 2023, 93.3% of 2019 levels.

Ranking the biggest airlines in the world in 2022 was not an easy task. There are several ways to rank airlines but most of the information found when searching for the biggest airlines is either unsourced or outdated. Sometimes, it’s just impractical such as defining the biggest airlines by number of seats available, when there are far better metrics to consider. For our rankings, we considered the latest revenues of each airline, as well as the number of employees, assigning 70% to the former and 30% to the latter. We also considered market value; however, some of the biggest Middle Eastern airlines aren’t listed, and excluding them would lead to a major inaccuracy in the rankings. All the information for revenue and employees is either taken from Fortune 500, each company’s annual reports or their official website. So, let’s take a look at the kings of the sky, starting with number 15:

Total revenue in the latest financial year (in billions of dollars): 6.04

Total revenue in the latest financial year (in billions of dollars): 7.14

All Nippon Airways is a Japanese airline company and apart from the flagship airline, also owns several other subsidiaries such as Air Nippon, Air Do and ANA Wings.

Total revenue in the latest financial year (in billions of dollars): 6.18

Total revenue in the latest financial year (in billions of dollars): 8.2

International Airlines Group is the holding company of two major airlines in Europe; British Airways and Iberia, the national flag carriers of the United Kingdom and Spain respectively. Since its inception, the company has also purchased other airlines such as Vueling and Aer Lingus.

Total revenue in the latest financial year (in billions of dollars): 9.4

After the United States, China has the most entries in the list of biggest airlines in the world. China Eastern Airline is considered to be one of the “Big Three” airlines in the country, and has a fleet of over 600 planes serving close to 250 destinations.

Total revenue in the latest financial year (in billions of dollars): 14.12

Total revenue in the latest financial year (in billions of dollars): 10.43

China Airlines is the flag carrier of China, and is state-owned. Over 1,400 flights are operated weekly to more than 100 destinations globally by China Airlines.

Total revenue in the latest financial year (in billions of dollars): 11.89

The second largest airline in Europe, Air France-KLM Group which came into existence in 2004 after the merger of Air France and KLM. The two major hubs in which the group operates are the Paris-Charles de Gaulle Airport and Amsterdam Airport Schipol.

Total revenue in the latest financial year (in billions of dollars): 15.79

Total revenue in the latest financial year (in billions of dollars): 14.23

The biggest Chinese airline, China Southern Airlines is Asia’s biggest airline in terms of fleet size and operates more than 2,000 flights daily to at least 200 destinations.

Click to continue reading and see the 5 largest airlines in the world in 2022.

Disclosure: None. 15 largest airlines in the world in 2022 is originally published at Insider Monkey.